The percentage of Iowa’s corn and soybeans rated good or excellent declined at least 7 points last week, the largest such drop this year, according to the U.S. Department of Agriculture.

Widespread moderate to severe drought conditions are affecting southern Iowa, where the available soil moisture for crops is dwindling. Less than 10% of topsoil and subsoil in southwest Iowa has adequate moisture, according to the USDA.

In northeast Iowa, 90% of the soil has adequate or surplus water. In the past two weeks, northeast Iowa has had above-average rainfall and southwest has been abnormally dry.

The area of worst drought is still in northwest Iowa near Sioux City.

State Climatologist Justin Glisan said storms in Iowa are hitting smaller areas with more intensity and an increase in rainfall with unpredictable patterns. Iowa’s humidity levels have 13 percent more atmospheric moisture than 35 years ago, according to the Iowa Department of Natural Resources. As the climate warms, water vapor in the air will continue to increase, which creates an imbalance in soil moisture for crops.

Although there has been an increase in water vapor with the presence of climate change, July has been extremely dry, and trends show April and October as wetter months this year. This trend and the below-average rainfall during dry months create lessened crop production, which Iowa saw in May when spring planting conditions were not optimal.

This year, unlike some past dry years, topsoil and subsoil are labeled “adequate” in moisture, to help crops continue to grow during dry months like July.

With the condition of the soil and projected trends, Glisan said the 2060s and 2070s are when precipitation severity catches up to climbing temperatures. So, innovations in agriculture technology and increased rainfall are aiding crops and increasing yields.

University of Idaho and Northern Arizona University researchers found a correlation between agricultural pesticides and cancer in western states. Two studies were conducted. One examined correlating data in 11 Western states and one took a closer look at data in Idaho specifically.

Alan Kolok led both studies. He is a University of Idaho professor and director of the Idaho Water Resources Research Institute. Kolok said the correlation between the sets of data on multiple population scales gives him a reason to want to look into the matter further, however it is not enough to be definite proof.

Idaho is the only state Kolok has taken a close look at, and his colleague and co-author at Northern Arizona University, Cathy Propper, said she didn’t know if the right data was available in other states like it was in Idaho.

Kolok said the next steps they hope to take are expanding their data research to a nationwide scale and further examining whether there is a cause behind the correlation they found between pesticides and cancer.

Last week, the Iowa Department of Natural Resources (DNR) fined farmer Terry Van Maanen $10,000, the most the DNR can charge, for ignoring signs of a leak in a manure digester. In January, the facility in northwest Iowa that captures gaseous fuel from cow manure began filling up. The DNR said it was noted there was a drop in levels by five feet, but no investigation arose from the level drop. Then, in February, the manure digester, operated by a Colorado-based company named Gevo, leaked 376,000 gallons of manure water into nearby creeks near Rock Valley, Iowa.

At the start, Gevo operators were unsure of the leak and assumed it was the disappearance of foam at the surface of the water, but later reported the leak to the DNR on Feb. 7. The large spill leaking thousands of gallons of manure water caused E. Coli measurements in nearby streams and rivers to increase.

The DNR fined Van Maanen because he has responsibility over the Winding Meadows Dairy facility which has about 2,400 cows, even though other workers may have been operating the digester at the time of the leak. To fix issues from the leak, Gevo put epoxy, or very strong glue, in areas of the container where leaks are likely. Environmental Specialist for the DNR Jacob Simonsen said the facility is back in operation.

Corn and soybean plants are continuing to suffer in some parts of Iowa from excessive heat and drought. This has been seen especially in far northwest Iowa where drought conditions are worsening.

Large areas of Plymouth and Woodbury counties are in extreme drought, according to the U.S. Drought Monitor. It’s the first time in nearly a year that any part of the state was that dry.

Much of the state’s corn crop is at its peak demand for water, and the soybean crop is approaching its peak. A small percentage of corn had begun to show silk for pollination as of Sunday, and about 13% of soybeans were blooming, the USDA report said.

In the past three weeks, the percentage of the state’s corn that is rated good or excellent has dropped from 86 to 77.

Although there is drought in part of the state, soil moisture is still improved from a year ago. About two-thirds of the state’s topsoil and subsoil has adequate or surplus moisture, whereas last year more than half of the soil was short, according to the USDA report.

Agriculture, which is one of the most important aspects of Iowa and surrounding economies, is experiencing many challenges because of climate change and extreme temperatures including a negative impact on livestock and crops, as well as a decrease in revenue.

The Iowa Department of Natural Resources said that climate extremes have a large negative impact on yield and livestock productivity in Iowa. In addition, the 2019 Iowa Climate Statement said confined livestock stuck in severe heat conditions are at a greater risk of death. Not only does this present itself as a problem in Iowa, but also in Kansas. On June 15, the heat killed over 2,000 cattle in Kansas, a portion of the Great Plains, which remains in a drought because of extremely high temperatures. Parts of Kansas hit up to 100 degrees Fahrenheit last week, which assisted in the deaths of the cattle.

The heat is not the only thing affecting agricultural practices in Iowa. Flooding has caused issues including a loss in revenue for farmers. An IIHR-Hydroscience and Engineering study from the University of Iowa, which was published April 26, 2022, found that in a 2-year return period, or a span of time when an occurrence is likely to surface, cropland has a 50 percent chance of flooding in a given year. The study also said that annually, Iowa loses $230 million in seed crops because of farming in areas that are likely to flood.

Members of the industry have adapted in many ways. Seed providers have altered hybrid corn and made it more tolerable to drought and heat. In addition, farmers have reacted to an increase in precipitation by utilizing quicker planters that can move across a field faster. But, without technological changes to combat climate change in the Midwest, productivity could decrease significantly.

Corn farmers have gone from at least two weeks behind schedule to three days ahead, according to a new U.S. Department of Agriculture report on Monday. After early delays, there has been a successful rush to plant.

That report estimated that 98% of Iowa’s corn crop and 94% of soybeans have been planted, which compared to the five-year average is three days ahead for corn and six days ahead for soybeans.

A rush in planting means farmers’ concerns have expanded. They’re determining when to apply their first herbicides, checking for pests and contending with varying weather conditions since the timeline is different from past years.

As of Thursday, nearly three-quarters of the state was sufficiently wet to avoid designations of abnormally dry or drought. About 9% of the state was in moderate or severe drought, focused near Sioux City.

Longer-term climate predictions say it will get drier this summer, and it’s likely for drought conditions to develop across much of Iowa, with the exception of far eastern parts of the state, according to the U.S. Drought Monitor.

Cold and rainy temperatures delayed planting in the spring months in 2022. As farmers look to finish up planting, Licht told Iowa Capital Dispatch the next few months are expected to be drier than normal. The two challenges present a likelihood that crop yields of Iowa corn will be low this year compared to recent seasons.

“I don’t mean that we can’t still have above-trend-line yields, I just don’t think that we’re going to see the record-breaking yields that we’ve seen in the last couple years,” he said. “I think we’ve maybe taken the top end off of it. How much is yet to be determined.”

At the beginning of the second week of May, Iowa farmers were two weeks behind the average planting schedule to the past five years. It was the slowest planting pace in nearly a decade. Only 14 percent of seed corn was in the ground on Sunday, as April weather made it particularly difficult to plant potentially successful seedlings. Research on corn yield from Iowa State University shows the most successful corn crops are planted before middle May.

Iowa farms have three weeks left in the planting season before yields get considerably lower in June. 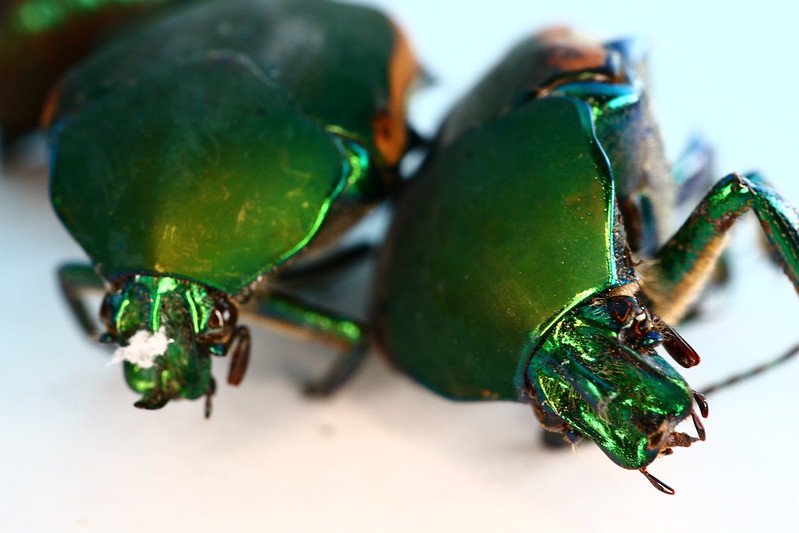 The effects of the deadly and highly contagious bird flu outbreaks in the United States are expected to be less than those of 2015, when more than 50 million birds were culled, according to Tom Vilsack, U.S. Secretary of Agriculture.

“In terms of the nature of the outbreaks, the size of the operations that have been impacted, the number of states that are dealing with backyard operations as opposed to commercial-sized operations, would strongly suggest that when this is all said and done it’s going to be significantly less than what we experienced in 2014-15,” Vilsack said on Tuesday in a call with reporters.

Chloe Carson, a spokesperson for the Iowa Department of Agriculture and Land Stewardship, is not as confident because it is still early in the migration season. Carson said no site-to-site infections have been detected in Iowa.