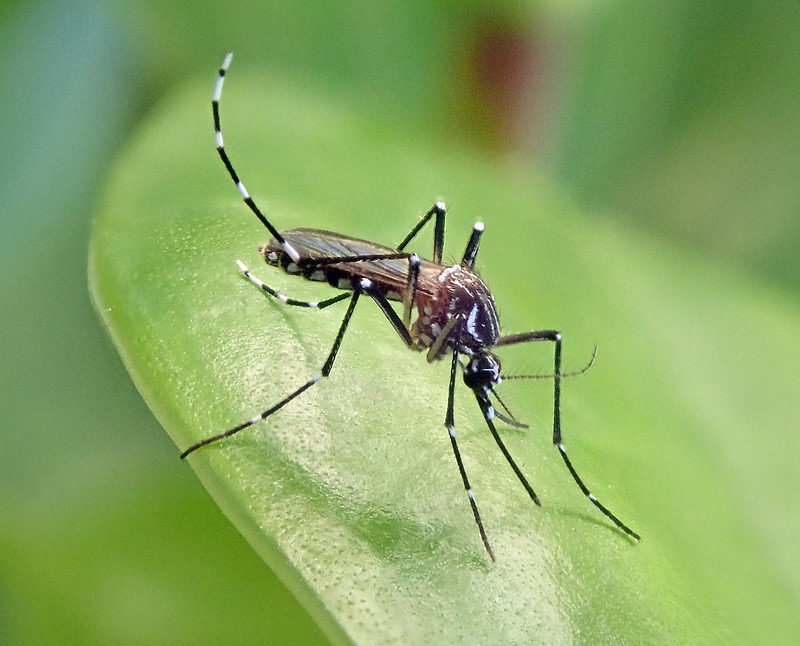 The effects of climate change in Iowa has caused an unintentional import of Asian tiger mosquitoes to rise.

Since the 1980s, imports from Southeast Asia left traces of Aedes albopictus, the Asian tiger mosquito in southeastern states like California. The harshness of winters in states like Iowa assumed to end the reproducing of the insect. However, an Iowa State University team found the mosquito making a home in Des Moines, Lee, and Polk counties in central Iowa.

With warmer climates emerging, the Asian tiger mosquito is able to broaden its relocation rate. Characteristics of the mosquito are described as “pretty”, colored black with an white abdomen and white bands on its legs.

The Asian tiger mosquito can carry Zika, Chikungunya and Dengue viruses, which all can lead to health issues for humans. Women infected with Zika in South and Central America who are pregnant can have microcephaly, a birth defect where babies have smaller brains and are less developed compared to other infants.

Chikungunya virus can threaten humans with underlying health issues associated with diabetes or hypertension. The Chikungunya virus can also cause joint pain and fever within one week of an infection. The Dengue virus is surrounded by 4 billion people, roughly half the earth’s population. Typical symptoms include rashes, joint pain, and high fever.

To spread these viruses, the mosquito would need to bite someone already infected with them. Since this is rare in Iowa due to low infection rates, it would be difficult to transfer the virus into another person.

In 2020, four cases of Zika were detected amongst travelers with no reports from Iowa residents. Currently, the West Nile Virus is still a primary threat to Iowans, with its first reported case from mosquitoes in June 2020.